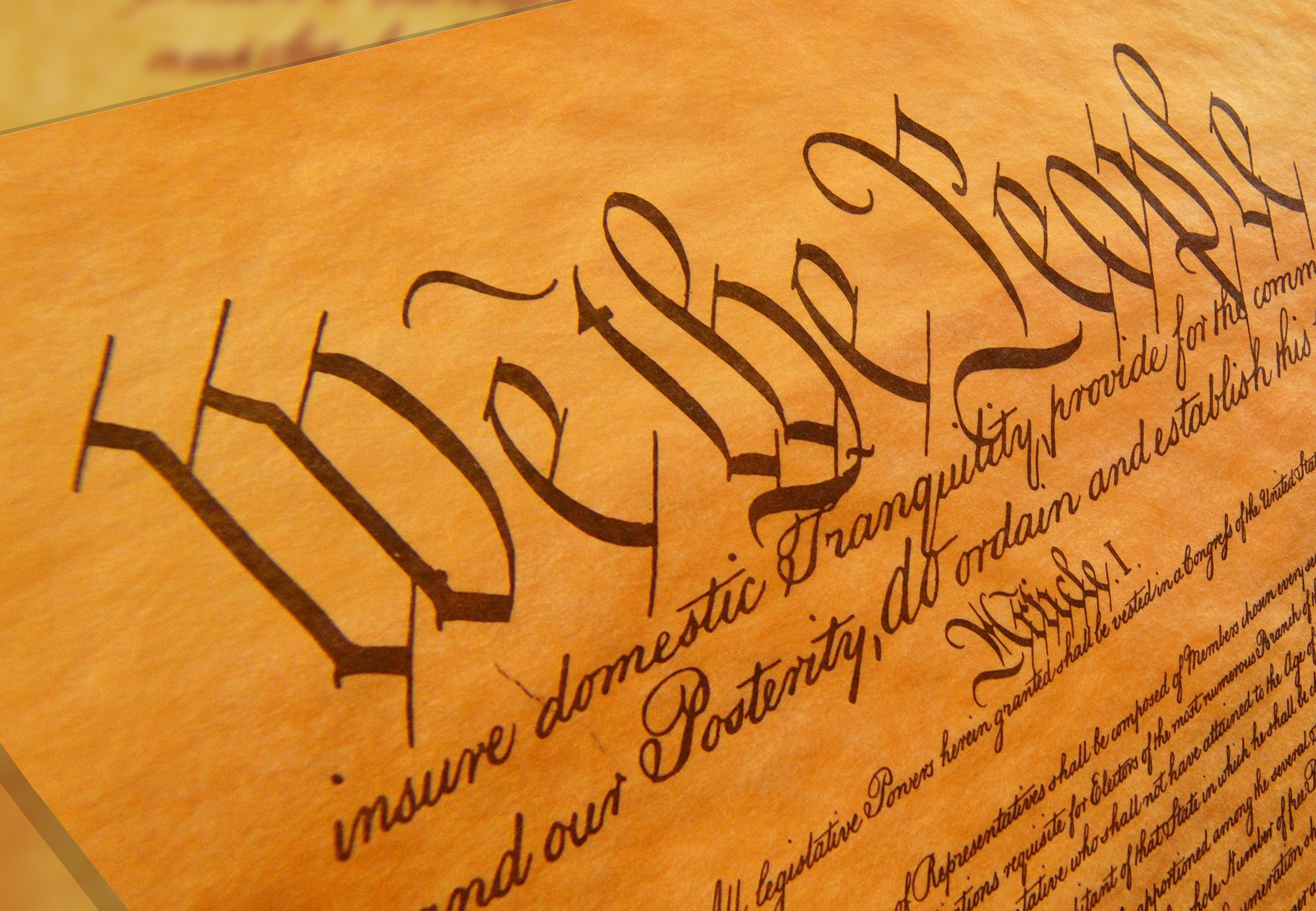 We revere the Founding Fathers for their wisdom in crafting the Constitution more than 200 years ago and for their gift of rights and liberties we continue to embrace and defend. But their same words and ideas gave us the electoral college system for selecting our president, so why are people eager to get rid of it now?

The morning after the election a good friend of mine posted on Facebook: “The working class has spoken!!!”  Voting results show Donald Trump was indeed elected on a swell of white, blue collar, working class people who, with their votes, made a statement about being left out of the country’s prosperity and their conservative vision for America.

Trump captured 57% of the electoral votes in a near sweep of states without ocean beaches, while nationwide a majority of over 2.3 million people voted for Hillary Clinton rather than Trump in the so-called popular vote.

The split between the electoral and popular votes has people questioning the validity of the electoral college system, once again.

Uproar over the Electoral College

Democratic House Minority Leader Nancy Pelosi added her voice to the uproar, calling for an end to the electoral college system.  According to Pelosi and others, it’s an outdated idea that doesn’t respect the American principle of one person, one vote. This is the democratizing principle that places equal value on the vote of one uneducated couch potato and one Nobel prize winning economist.

Because that’s the way the Founding Fathers and framers of the Constitution wanted it and wrote it.

Our Founding Fathers are revered: George Washington, Thomas Jefferson, James Madison, John Adams, Alexander Hamilton, Benjamin Franklin, contributors or among 39 signers of the Constitution. We build monuments to them. Their wisdom in framing the Constitution and Bill of Rights is considered an infallible gift to the nation and future generations of Americans.

One thing the Founding Fathers didn’t do when they wrote the Constitution was to give the right to vote to anyone. Nobody. Not one person, couch potato nor award winning economist. Surprising but true.

The framers of the Constitution believed individual states should have the primary role in determining representation to a national government. What they did was to leave it entirely up to individual states how to elect members of the House and Senate, and they established a system of electors selected by each state, commonly called the “electoral college,” with the responsibility of picking who would be the president. Really?

The U.S. Constitution (as written and still in effect) 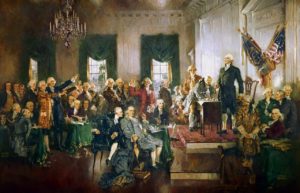 1787, Scene at the Signing of the Constitution of the United States by Howard Chandler Christy

Article I, Section 4, Clause 1 of the Constitution:
“The Times, Places and Manner of holding Elections for Senators and Representatives, shall be prescribed in each State by the Legislature thereof; but the Congress may at any time by Law make or alter such Regulations, except as to the Places of chusing (sic) Senators.”

Article II, Section 1, Clause 2 of the Constitution:
“Each State shall appoint, in such Manner as the Legislature thereof may direct, a Number of Electors, equal to the whole Number of Senators and Representatives to which the State may be entitled in the Congress: but no Senator or Representative, or Person holding an Office of Trust or Profit under the United States, shall be appointed an Elector.”

The Founding Fathers believed in a system of strong state rights and gave the individual states the Constitutional right to implement the electoral system as they saw fit. But states being states with different opinions and agendas about many things, such as personal liberty and equality, each decided on their own who could vote for members of Congress, and how the electors, the actual people who would select the president would be chosen.

One thing the states had in common was a complete disregard for the working class. In the first presidential election of 1788-89 and for the next 90 years, largely, the only people allowed to vote by the states were men who were white and who owned property.

The people who could vote were relatively few. Among those excluded from voting in our constitution were most African Americans, Native Americans, and all women. White males who did not own land or a business that brought in about 1.5 times the annual salary of a Virginia schoolmaster could not vote.

Over time constitutional amendments removed land ownership, race and gender as barriers to voting in state elections. In 1870 the 15th Amendment specified you didn’t need to be a white man anymore to vote, you just had to be a man. By that time there had already been 18 presidents elected. In 1920, the 19th Amendment gave the right to vote to women. There had already been 28 presidents elected by the time women were allowed to vote. As of today there have been 45 presidents and women have been allowed to vote for fewer than half of them in America’s democracy.

After 133 years of being signed, the amended Constitution of the United States prohibited states from excluding people from voting based on race or gender. But, there is still no such thing in the U.S. Constitution as a national election. States have elections for local, state and federal officials. The federal government does not have elections.

What the founders wrote, and what still remains through every amendment in the Constitution since, is that the president will be selected by electors appointed by the individual states, with each state deciding on its own the process of selecting the electors.

Reasons for the Electoral System

So why did the Founding Fathers want it this way? “Democracy” was a dirty word in 1794 when the country and its Constitution was being formed. Democracy implied mob rule and government by the unfit. These are the words and ideas expressed by the Founding Fathers, not the distortion of 21st century liberals or conservatives. 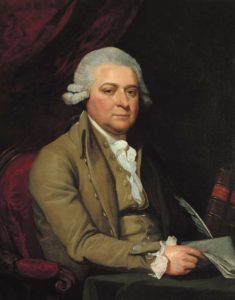 In the words of John Adams, signer of the Declaration of Independence and second president of the United States:

“It is dangerous to open so fruitful a source of controversy and altercation as would be opened by attempting to alter the qualifications of voters… every man who has not a farthing, will demand an equal voice with any other, in all acts of state. It tends to confound and destroy all distinctions, and prostrate all ranks to one common level.”

In the words of Alexander Hamilton, the selection of the president should be:

“…made by men most capable of analyzing the qualities adapted to the station [of president].”

There is no Constitutional concept of one person, one vote for president, just the opposite. What the Founding Fathers feared was a system that would allow selection of the president by democratic, or mob rule. What they wanted, and madated in the constitution instead, was the selection of presidents through the deliberate consideration of a few selected people. 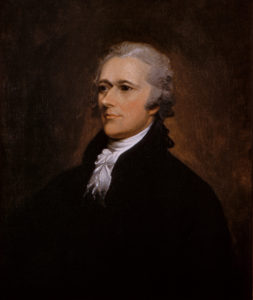 The Founding Fathers designed a presidential selection system in which the appointed electors would meet and deliberate over the important decision of selecting a president.

Alexander Hamilton wrote about the role of the presidential electors:

“A small number of persons, selected by their fellow-citizens from the general mass, will be most likely to possess the information and discernment requisite to such complicated [tasks].”

In short, the founders and formers of the Constitution did not want the working class to have a say in selecting the president.

While the Constitution set up the system of the electoral college, each state decides through the Constitution how the electors will be chosen. In 1788 some states like Maryland, Pennsylvania and Massachusetts selected electors by popular vote, while in Connecticut, Georgia, South Carolina and New Jersey presidential electors were selected by the state legislatures.

In the U.S. Constitution electors are not bound to specific presidential candidates nor by any state election results. It is individual states that have created those rules and penalties for breaking them.

Today, what we have is not the electoral college as designed by the Founding Fathers (and amended later) in the Constitution. Nor do we have selection of the president by national popular vote, a process that the founders feared as rule by the uneducated masses.

Instead, we have a system not intended by founders of the country. We have electors chosen and bound to the statewide popular vote, a system that is effectively majority rule on a state-by-state basis.

What the Founding Fathers feared was that through a populist vote by the uneducated and disenfranchised, rather than through the deliberation of a small group of electors most able to understand the issues, the nation would select an unfit president.

If we wished to revert to accepting the original design of the Founding Fathers, we would not be talking about getting rid of the electoral college in favor of a nationwide election. Instead, we would be talking about removing state laws requiring presidential electors to vote for a specific candidate based on the vote of the masses. For that matter, the people would have no vote for president at all, as the Founding Fathers designed and signed.

The U.S. Constitution and All Amendments
History of Attempts to Reform the Electoral College System
The Complete Federalist Papers Archive
Federalist Paper 68, Alexander Hamilton, The Mode of Electing the President